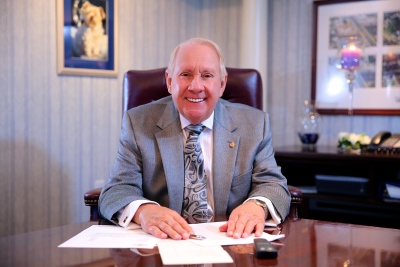 Frank Kapr, CFSP, is a lifelong native of Scottdale. He is a graduate of the former Immaculate Conception High School, Connellsville, the Pittsburgh Institute Of Mortuary Science and received his Associates Degree from Point Park University, Pittsburgh.

Currently serving as President/Owner of the firm, Frank is responsible for its overall direction and daily operations.

Frank assisted in the recovery and identification process of the devastating crash of US Air Flight # 427, in Hopewell Township, near the Pittsburgh International Airport, September 8, 1994 and the terrorist crash of United Airlines Flight #93 in Shanksville, PA., Somerset County, September 11, 2001. Frank has been a member of the Glenn Gelder Foundation for Mass Fatality Preparedness since June 2003.

Frank is also the proud owner of a 1967 Pontiac Bonneville, High Headroom Ambulance, fully restored and in pristine condition, which he shows in local car shows, parades and State Fireman's Conventions.  He has also used it in Funeral processions for a number of Fire personal and the Ambulance was recently featured in a Netflix Series, "Mind Hunters".

Frank is married to Rhenee Gadd Kapr and resides above the Funeral Home with their pet "Yorkie" Rylee. 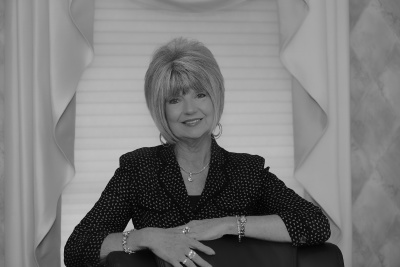 Rhenee Gadd Kapr was born in Brownsville to the late Lillian Mae Gadd.

Rhenee is presently serving as the Vice President, Secretary and Treasurer of the Frank Kapr Funeral Home, Inc. She is actively involved in the daily operations of the Funeral Home and has been office manager since 1982. Rhenee is also a Commissioned Pennsylvania Notary.

She is a member of the Pennsylvania Association Of Notaries, Scottdale Kiwanis Club and Charities Limited.

Rhenee is married to Frank Kapr and resides above the Funeral Home with their pet Yorkie, Rylee. 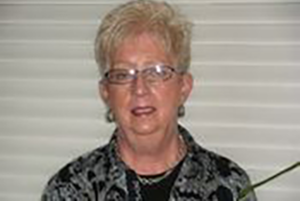 Nancy is a graduate of the former Immaculate Conception High School, Connellsville, attended Seaton Hill University of Greensburg and a is graduate of Pittsburgh Institute of Mortuary Science. Nancy served her internship under the supervision of her father, the late Frank Kapr. Presently she is a Licensed Director at the Frank Kapr Funeral Home, Inc.

She is the proud grandmother of William and Eliza Krowicki. 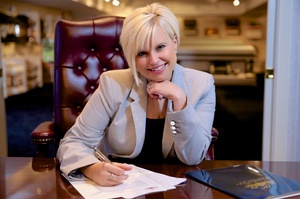 Alyson Marie Swank Zombek, CFSP, is a West Newton Native and a graduate of Yough High School Class of 2004. She is a also a graduate of Pittsburgh Institute of Mortuary Science, May 12, 2006, where she earned her Associates Degree in Funeral Service and Small Business Management. Alyson enjoys all aspect of her job. Her favorite part of her position is meeting new people and helping people through their time of need.

Presently, Alyson is employed as a Licensed Funeral Director with the Frank Kapr Funeral Home, Inc. of Scottdale and is a member of the Westmoreland, Indiana and Armstrong Counties Funeral Directors Association where she is presently serving as a board member. She is also a member of the Academy of Professional Funeral Service Practitioners.

Alyson presently resides in Scottdale, with her husband Brian, her Sons, Parker and Jensen and their pet Yorkie, Bailee.

If you need our services immediately, please call us.
We will begin the process of bringing your loved one into our care immediately.