Half a century of dependable care

Founded in March 1954 by the late Frank and Stella Czaja Kapr, Frank Kapr Funeral Home started off as a modest six-room, two-story, wood framed dwelling at 417 West Pittsburgh Street in Scottdale. The funeral home, which operated two ambulances around the clock from 1954 to 1964, was one of many funeral homes noted as a primary source of ambulance service at the time. In a short period of time, the fledgling funeral home developed a strong reputation for its dependable care and uniquely individualized personal services.

In 1962, Nancy B. Kapr Krowicki joined her father in the family business, followed two years later by her brother, Frank, Jr.

A few years later in 1968, the funeral home was fully renovated and the exterior encased in white stone. Then after nearly a decade of arduous planning and a lot of hard work, Frank Kapr, Sr.'s long-held dream was realized in 1979: his personally-designed 5,700-sq. ft. addition was completed just in time to celebrate the 25th anniversary of Frank Kapr Funeral Home.

At the time of Frank Kapr, Sr.'s untimely death on December 15, 1980, the business was already under the direction and ownership of Frank, Jr. Ten years later, on January 1, 1990, Frank, Jr. fulfilled a promise to his father. He incorporated the business, becoming president of the new corporation and naming his mother vice president, a position she held until her death, on April 26, 1996.

Since Frank Kapr Funeral Home first opened its doors more than five decades ago, a member of the Kapr family has resided in the living quarters above the funeral home to ensure 24-hour service for the community's families. Presently, Frank, Jr., and his wife, Rhenee, reside at the home. 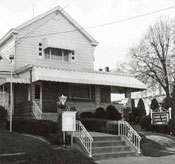 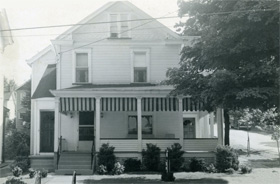 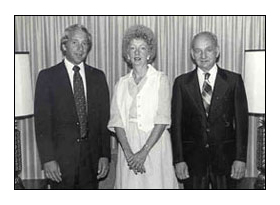 If you need our services immediately, please call us.
We will begin the process of bringing your loved one into our care immediately.